When homeowner Jason Brady moved into his Barrie-Ont., home in 2006, he knew the backyard and existing pool would eventually require a renovation due to the cracked concrete surrounding the pool and the aged, faded liner. Another concern was creating a safer environment for his busy 21-month old toddler, who earlier in the summer had figured out how to open the screen door from the house to the backyard. It was estimated the pool was approximately 20 years old. Although the family had enjoyed the kidney-shaped pool in its tired state for three summers, a new leak in the pool’s liner, discovered last spring, made the renovation decision an easy one.

Jason works as a full-time firefighter. As with many in his field of work, he has a second job on his days off. Prior to becoming a firefighter, Jason operated a small landscaping company specializing in interlock stonework, walls and patios. Although he continues to run this company, it is on a much smaller scale, relying on word-of-mouth referrals and utilizing his friends and co-workers when completing large-scale projects.

Through the course of his landscaping business, he has installed a custom inground vinyl pool and completed a pool renovation. With the knowledge and skill set he gained from these projects, Jason decided to undertake his own backyard renovation.

By using some vacation time to clear his calendar for three weeks and enlisting the help of several of his firefighting friends, work began. 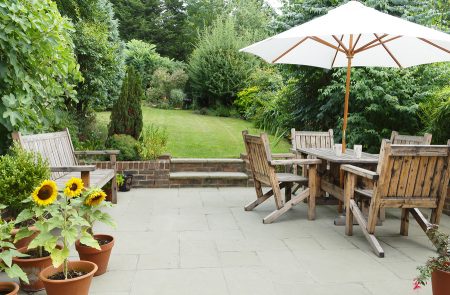 Patio umbrellas for any kind of backyard 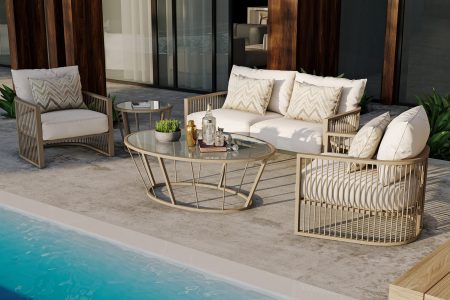 Modern furniture for any Outdoor Space by Castelle 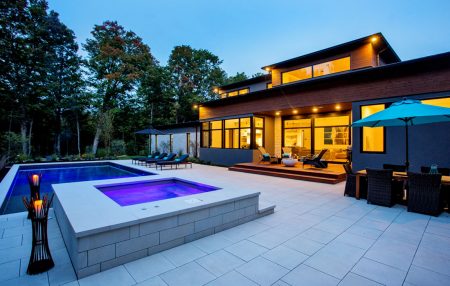 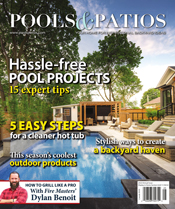 Whether you are looking for the latest news and trends, or know someone who would love their own copy!

Sign up for our newsletter and get all the latest news, styles and trends as they happen!